INTERVIEW ON THE PRICE OF BUSINESS SHOW, MEDIA PARTNER OF THIS SITE.

Price and Mulligan discuss a fascinating paper by the University of Chicago Economics Department on how people were much safer at work than locked down at home due to COVID. It seriously challenges conventional wisdom. 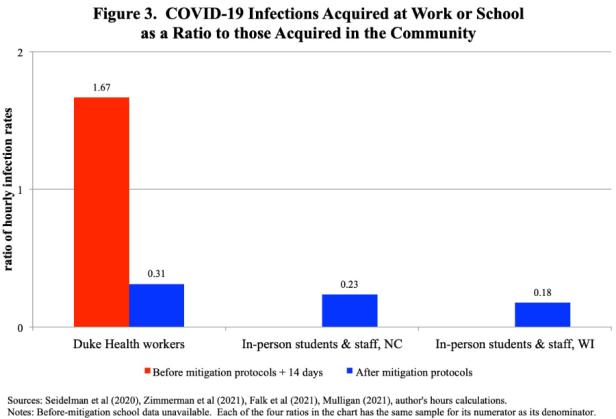 “Data show that as a result, workers have been 4-5 times less safe outside their workplace than inside it. While stay-at-home continues to be pushed as promoting public health, nobody is checking the data which say the opposite,” says Mulligan. His new paper is entitled “The Backward Art of Slowing the Spread? Congregation Efficiencies during COVID-19.”

LISTEN TO THE INTERVIEW IN ITS ENTIRETY HERE